How can I use magnets to remove dents? 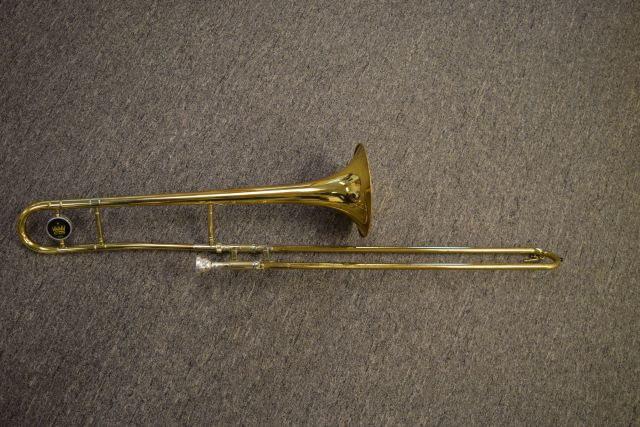 Can we use magnets to get dents out of this trombone?

Magnets can be a great way to remove dents from malleable materials, like brass instruments. You put a steel ball on one side of the surface, a magnet on the other side, and as you move the magnet back and forth over the surface, the steel ball pushes out the dent as it attracts to the magnet.

We found an old trombone we were able to do some testing on to see what magnets work well. 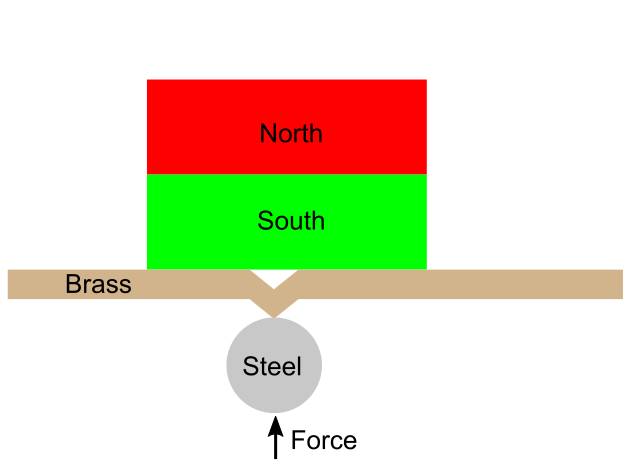 Use magnets with a steel ball to remove dents from a soft material.

Magnetic pull force depends largely on distance. The further apart the magnet is from whatever it's attracting, the weaker the force of attraction is. The closer together they are, the greater. If the dented material is thick, the distance between the magnet and the ball will be larger.

Thicker material will also take more force to deform. This is a double whammy because the thicker material already reduces the force the ball can apply.

One lesser known fact about magnets is that magnetic force depends both on the size and strength of the magnet and the size of what it's attracting to. The same magnet will attract more strongly to a large piece of steel than to a smaller one. We've written about this in detail previously, check out our article Steel Thickness Calculator for more.

If you have a space constraint and can only use small magnets or small steel balls, you'll end up seeing less force.

When separated by a gap, magnet-to-magnet attraction (Case 3) is greater than magnet-to-steel attraction (Case 1). This is especially true if the steel is thin or small. We've written about this more generally in Magnets vs. Steel.

For this special case, there's another thing to consider:  scratching. A steel ball will roll as you move it with the magnet. A sphere magnet will not roll; it will stay oriented such that the pole of the magnet is aligned with the magnet on the other side. This could cause some scratching on the surface. 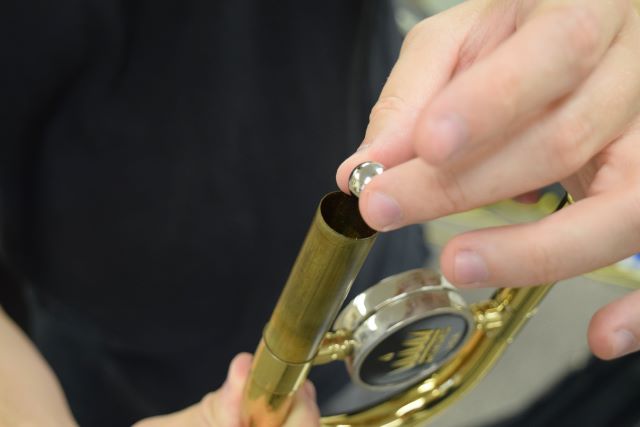 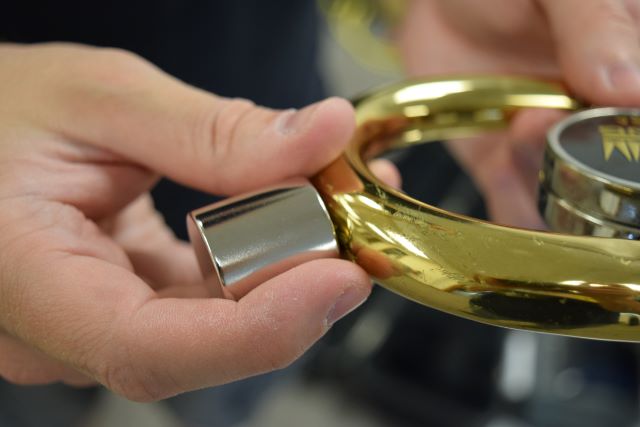 We didn't have much luck getting the dents out of the tuning slide.

For our trombone we tried DX8X8 and a NSBX8 steel ball around the bell. This worked really nicely. We were able to get out most of a very large dent. We put a paper towel in between the magnet and the bell so that we didn't scratch the surface. Gradually, as the dent got smaller, we used smaller balls to target those smaller dents better.

We also tried to flatten some dents in the tuning slide. There we used that same DX8X8 magnet, but could only fit the smaller NSB8 steel ball inside. This did not work. Later we tried the same magnet outside, but with an S8 sphere magnet, but were still unsuccessful. As we mentioned before, the force we could exert on the dents was limited by the small steel ball we had to use. We also noticed the walls of the tuning slide seemed thicker than the walls of the bell.

It seems like this method of dent removal only works well on large dents in the main body of the instrument, and less so on dents in the smaller, thicker sections.

If you're trying to get dents out of a magnetic material like steel, B is more likely to work than A.

We sometimes get asked if you can apply this technique to dents in automobiles. The biggest difference here is that the dented material is made of steel. Steel acts as a shield. If you stick a magnet to the dent, the steel body will "block" some of the magnetic field on the other side. Your steel ball will have a reduced attraction to the magnet.

In addition to this, steel is a much harder metal to manipulate than brass. You'll need more force to remove a dent in steel.

We tried using magnets and a steel ball to get small dents out of a piece of steel sheet metal without much luck. The force was just too weak to move the dent.

We were able to get the steel to flex when we pulled it with a magnet this way, so we think this might be possible if the dent was much larger than the magnet. You could stick the magnet inside the dent and pull out, with all the force on the most dented area. This ends up being another example of the age-old magnet question of "strong, but not too strong". A magnet strong enough to pull a dent out in this way could end up deforming the material again when you try to pull the magnet off the surface. Permanent magnets aren't smart enough to know when you're done with the dent...

In reality, this would probably never come up. Most dents do not have a perfect flat surface that you could stick a magnet to. You'll be better off going to the body shop!