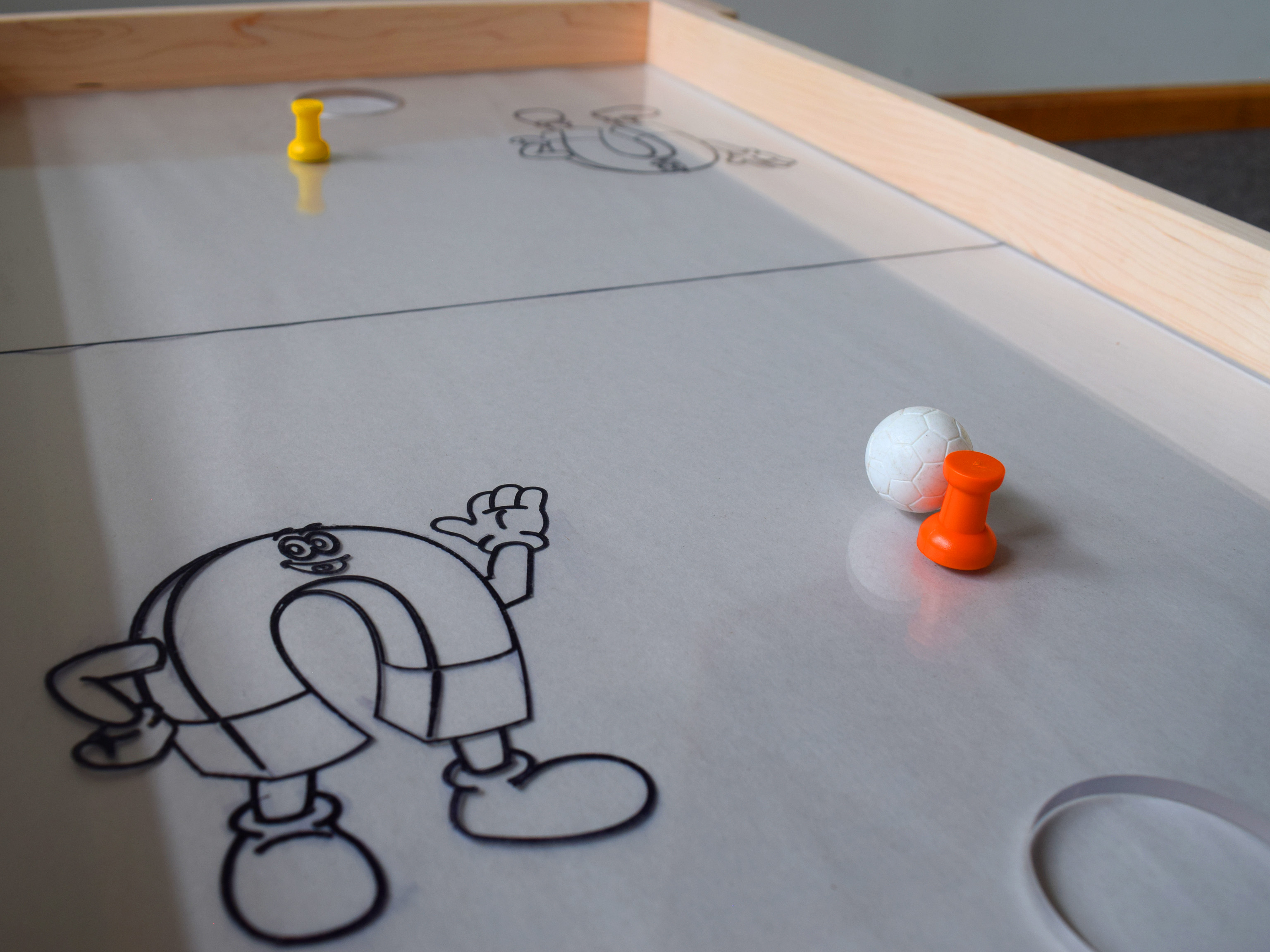 Last month, we tried to cure summer boredom by showcasing some interesting magnet experiments and games. Well, we took it one step further and created our own game - magnetic hockey! It's similar to an air hockey table...but you don't need to plug it in!

Before we start testing and making prototypes, we set up some goals for our magnetic hockey table game:

Off the bat, we thought our Magnetic Thumbtacks would be great as the play piece. They're strong, come in two sizes, and 8 different colors. This would allow up to an 8-player tournament!

For the magnet underneath, we wanted something tall, making it easy to grab onto and move around.

Check out the video below which details our testing methods, as well as our final product. Below the video, we'll summarize our 3 designs and which magnets we used for each. 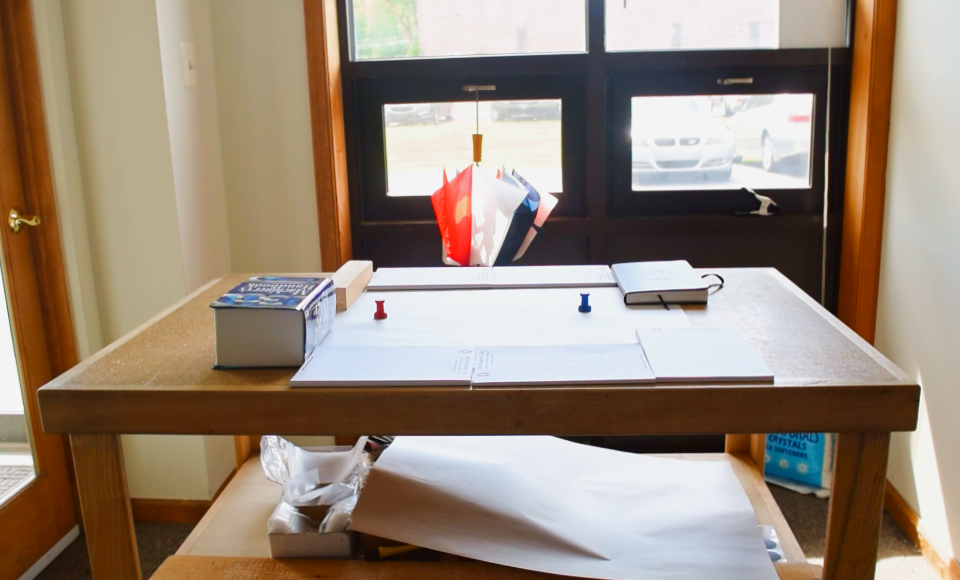 A table and household items make a simple playing field.

This is perhaps the simplest of our three versions, all you need is a table (preferably 1" thick or less) and some items you have around the house. We put a large piece of paper down and sketched a playing field. For the field boundaries, we used some books and notepads. A gap in the boundaries at either end would create the goal.

The tabletop we used was 3/4" thick. For this distance, we used our extra large thumbtacks, attracting to a DCY0 cylinder underneath. If your table is 1" thick, consider adding a DA2 onto the thumbtacks for increased strength. A table more than 1" thick wouldn't be a feasible playing surface, the magnetic strength is too weak (remember that distance really matters with magnets!)

We estimate that a XLTK-BLU and DCY0 have a pull force of around 0.6 lb through the 3/4" material, but it only takes around 0.34 lb to slide them apart and only 0.25 lb to move them around together. With a light enough ball/puck, this should be plenty of force. We used a Foosball ball, but a ping pong ball could work well too.

Adding a DA2 to the thumbtack results in a stronger force here, around a 1 lb pull force and 0.5 lb sliding force.

If you find that it's taking too much force to slide the magnets around, consider adding some felt or something similar to the magnets. This would increase the distance a little, thus decreasing the force. Also, the felt could help reduce the friction, making it easier to slide.

Using some cardboard, we made a smaller version that can be easily made and taken anywhere! Because the cardboard is thin (around 1/8"), we can get away with using much smaller magnets.

Our smaller thumbtacks and a D4Y0 or D6Y0 work well here. Our larger thumbtacks were too strong for this table.

Ours is a bit crude, but with some more time and markers, you could create a nice, customized play piece.

We had so much fun playing this game, we had to step it up a notch - we were playing in the amateur league, but it was time to be professional!

We made our very own table, using the finest maple lumber and a custom plexiglass top.

The 1/4" thick plexiglass was on top of a 3/4" thick base, for a total thickness of 1". We used our large thumbtacks with a DA2 added to them for added strength. Under the table, we needed a DX0Y0, though a DCY0 also worked.

For each scenario, we tried to keep the pull force between the magnets around 1 lb, give or take a bit. The combinations below result in a force close to this benchmark.

Let us know if you try! Or, let us know what games you'll make using magnets! Happy playing!