Free Energy. Perpetual Motion. This is the story some of you have been waiting for.

Can the repelling forces of magnets be harnessed to create perpetual motion, or used a source of free energy?  We say no, but that doesn’t satisfy everyone’s curiosity on the subject.  Let’s take a deeper look at what people are asking about!

What is free energy? 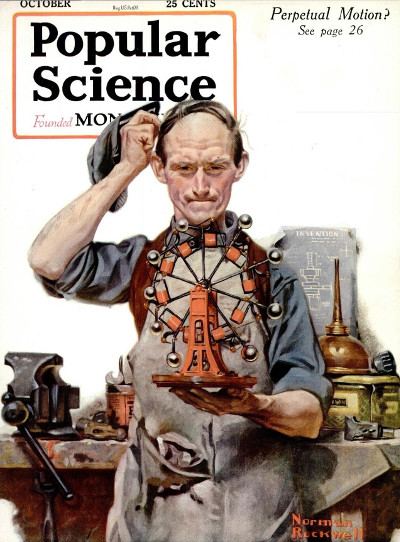 Norman Rockwell captured so much in this painting, the cover of the October 1920 issue of Popular Science.

For centuries, some folks have thought there might be a way to create a device that can work indefinitely without an energy source.  Imagine a windmill that will turn without any wind.

At least as far back as Leonardo Da Vinci, scientifically minded folks have been saying that such devices are impossible.

O speculators about perpetual motion, how many vain chimeras have you created in the like quest? Go and take your place with the seekers after gold. - Leonardo da Vinci, 1494

He’s comparing the quest for perpetual motion to that of alchemists, thinking they could convert lead into gold.  Apparently, that’s not a thing that’s possible.  (Ironically, lead is the final element of radioactive decay, a process we later learned actually does involve changing one element to another.)

Some folks wonder if magnets might be a source of energy, since the magnetic forces are invisible and mysterious.  Can’t they be used to move something, creating perpetual motion?

In what is heralded as one of the greatest scientific achievements of all time, Isaac Newton invented calculus (in parallel with Leibniz) to solve a few pesky problems about how planets move.  His equations of motion describe that other invisible force: Gravity.  In some ways, gravity is a bit like these strange magnetic forces.

A ball on top of a hill has potential energy. After rolling down a hill, the ball in motion has kinetic energy. Both scenes contain the same amount of total energy.

Let’s think about gravity from an energy standpoint.  If you roll a ball down a hill, that’s a way to convert potential energy to kinetic energy, thanks to gravity.  Gravity drags the ball down the hill.

No, not really.  Consider that analogy of a ball rolling down a hill.  Sure, you can get energy from a ball rolling down a hill, but only if you carry it back up to the top of the hill every time you get to the bottom.  You end up spending more energy carrying the ball up the hill each time than you get out of the system.  There ain't no free lunch! 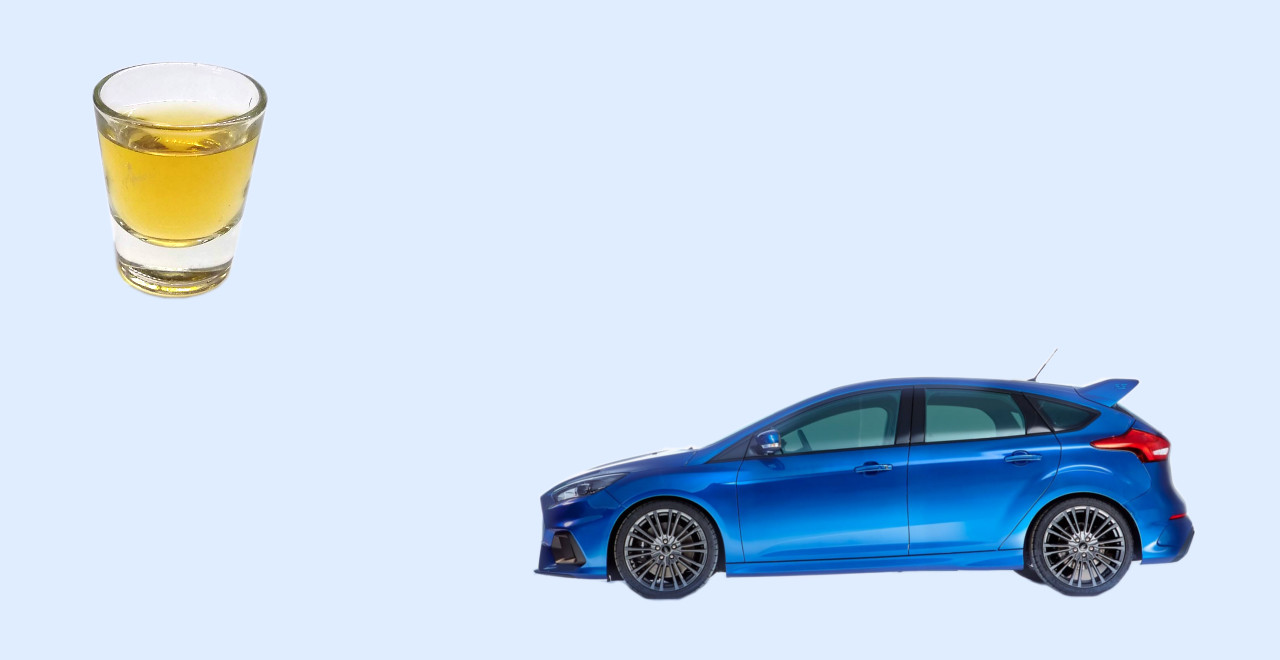 1. In the box above, a 1oz glass of gasoline contains over one million joules of potential energy. 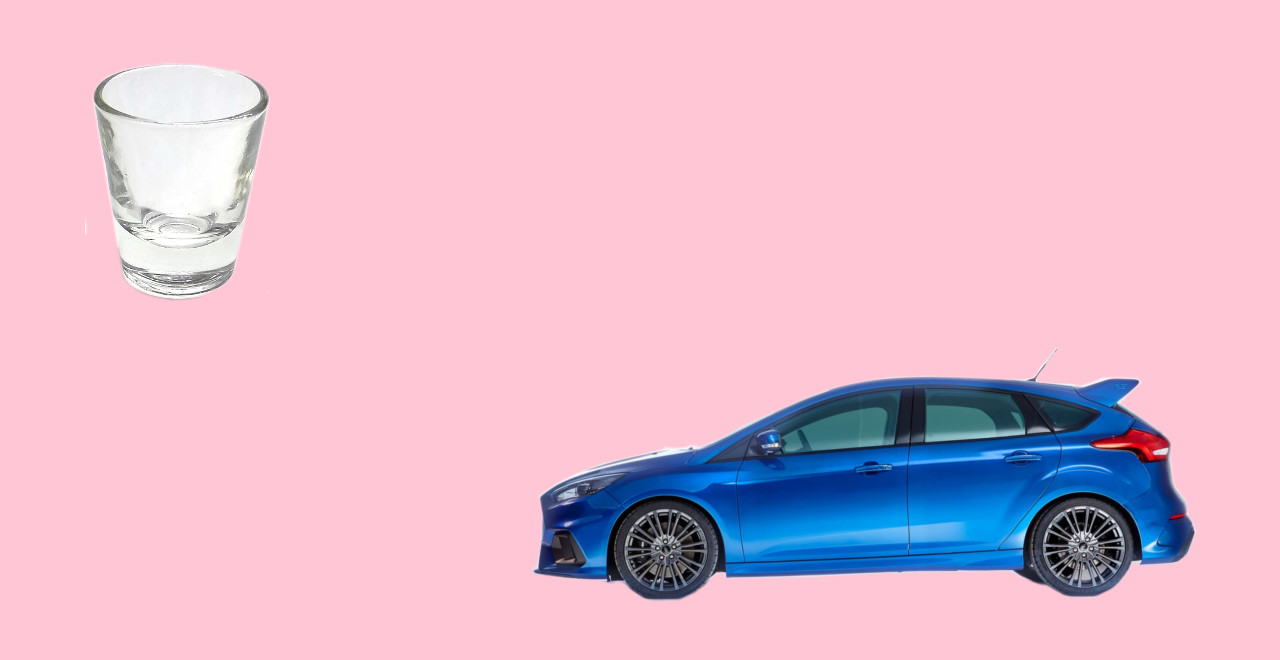 2. In the box above, a 1oz glass of gasoline has been perfectly burned. The car remains still and the room is warmer. 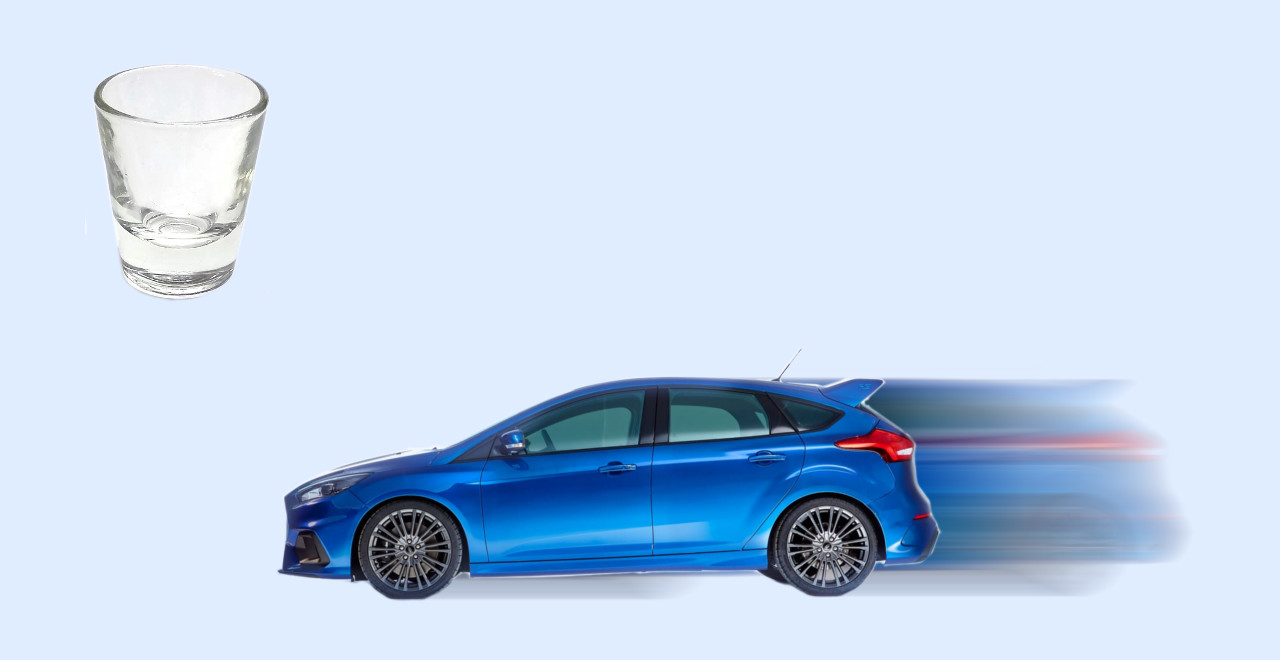 3. In the box above, we imagine a 100 percent efficient car, able to convert all of the energy in 1oz of gasoline into motion. It moves at perhaps 90 mph. 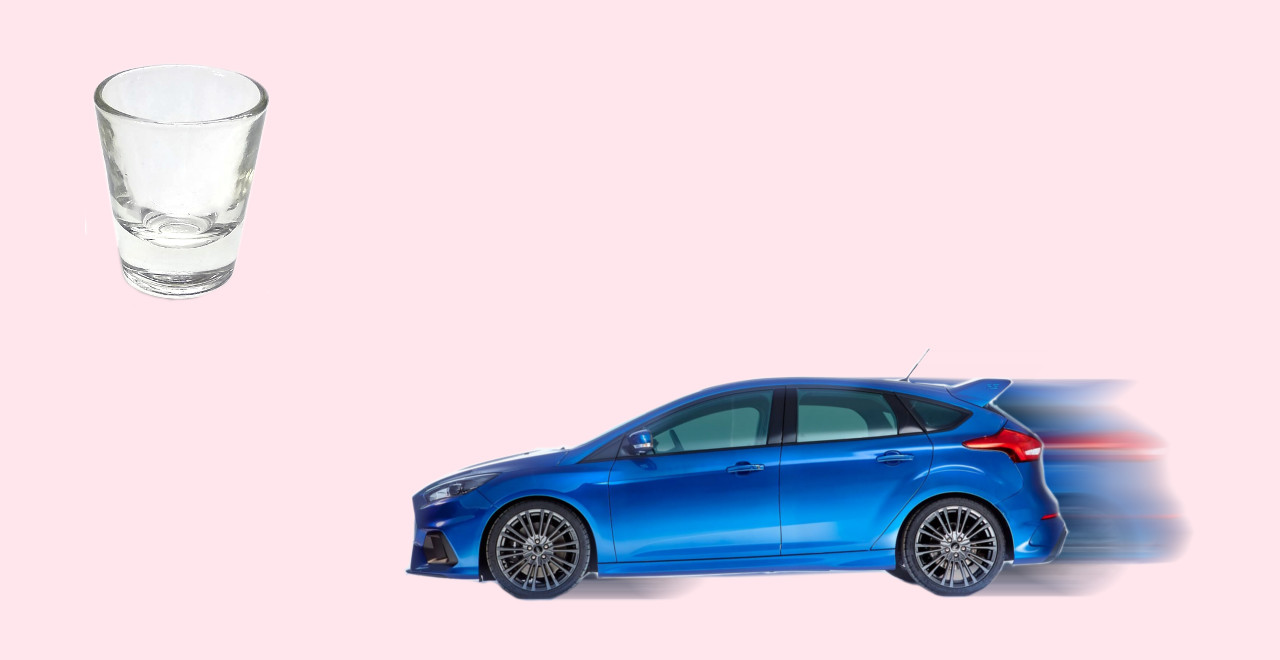 4. In the box above, 20% of the gasoline's energy has been converted into roughly 40mph of motion, while the other 80% heats up the room. Each box above contains the same amount of energy.

For those that haven’t studied thermodynamics, the ideas discussed next seem completely unrelated.  I mean, I’m just using two magnets like springs – why do I have to even think about thermodynamics?

It’s because thermodynamics offers us a pretty good way to think about what’s possible, in all sorts of systems.  If you’re thinking about energy, thermodynamics underlies all you do, whether you consciously think about it or not.  If you’re trying to invent something that breaks known, proven laws about how the universe works, you might need to understand something about the rules you’re breaking.

Rather than listing out the Laws of Thermodynamics like a textbook, let’s consider a practical example: a car with just one ounce of gasoline.

If you burn the gasoline, just light it on fire in a closed room (don’t do this), you’ll convert all of the energy to heat.  This is going from picture #1 to picture #2.  In a perfectly insulated room, you’ll see the average air temperature get warmer.  We calculated a theoretical temperature increase of about 26C in a 20’ x 10’ x 8’ perfectly insulated room, which seems high, but let’s go with it for a moment. (If you solve it and get a different answer, please share your math with us!)

If that car were a perfect machine, able to convert 100% of the energy of the gasoline into motion, what speed would it accelerate to?  Let’s ignore air resistance and all those other pesky details.  Pretend we have access to a drag racing track with a perfect vacuum – no air.  Assuming perfect transformation of that energy into motion, we figure a small car might be accelerated to about 90 mph with that single ounce of gasoline.  That car moving at 90mph has about a million joules of kinetic energy.  (This is a process going from picture #1 to picture #3.)

In practice, of course, it doesn’t work that way.  Cars are not 100% efficient.  Numbers vary, but a 20% vehicle efficiency isn’t a bad estimate.  With a 20% efficient car, figure 20% of the energy is converted into vehicle motion and the other 80% is expelled as waste heat.  You get the car accelerated to perhaps 40 mph, and a warmer room.  (This is a process going from picture #1 to picture #4.)

This is a great place to pause and mention…

The First Law of Thermodynamics = Conservation of Energy

If we draw a box around some volume of space, and say that no matter or energy crosses this boundary, then the amount of energy within the box is a constant.  It can’t change.

The Second Law of Thermodynamics (sort of) = Nothing is 100% Efficient

That's paraphrasing and skipping over a lot, but it's a nice way of expressing it for this example.  No mechanical device is perfect.  There are always losses somewhere due to friction of some kind, and you never get the ideal case of converting all of that gasoline energy into motion.  Picture #1 to Picture #3 is a fantasy, an example to describe the first law.  Picture #1 to Picture #4 is more realistic.

What does this mean for our magical free energy machine?  It means we have to violate these laws.

Now, if you’re a free energy enthusiast, maybe this idea excites you.  The institutions of academia and companies are all wrong, let’s re-write Physics from the ground up!  Free us from the shackles of those greedy energy companies!

If you somehow manage to find an example of a free energy machine, it would be a really big deal.  As engineers, we’ve used the idea of conservation of energy in countless calculations.  Everything from the trajectory of a cannon ball to the operation of an air conditioner can be predicted based on those thermodynamic laws.  The math keeps coming out correct.  If we sound skeptical that a free energy machine could work, it’s based on the successful use of those laws in countless applications.

If you’re going to say a free energy machine works, you’ll have to also explain how conservation of energy works most of the time, except for some loophole your device captializes on.

To consider some of the psychology of why these free energy dreams persist, let’s touch upon the myth of the lone genius inventor.  Our imagined, lone inventor toiling in his garage workshop, discovering a clean, limitless source of energy that everyone says couldn’t be done, is a romantic story.  It’s alluring, and we want to cheer for the hero.

It’s also not real.  It's usually not so simple.

Take a look at any significant innovation, and the myth of the lone genius and the “eureka moment” breaks down.  First, a big idea or a new discovery is never enough. For any innovation to have an impact, there needs to be a discovery on an important insight; a viable, scalable solution; and, finally, a business model that allows the new idea to be adopted.  Second, geniuses rarely act alone. - Greg Satell, Harvard Business Review

But this is a poor understanding of history that does the future no favours. To allow people to truly understand how messy the history of innovation and invention really are we need to kill the myth of the lone genius and celebrate the rich diversity of people who bring an invention into being. - Matt Novak, BBC Future

These myths devalue the small contributions of so many that actually drive progress forward, inch by inch.  No one designing the next, more efficient air conditioner will attain the fame of Nikola Tesla.  No one defining the codes and standards for how to wire our homes and workplaces will see glory and riches.  Yet thousands of these sorts of tiny contributions are the work we all do, making progress if not glory.

The scientific man does not aim at an immediate result. He does not expect that his advanced ideas will be readily taken up. His work is like that of the planter — for the future. His duty is to lay the foundation for those who are to come, and point the way. He lives and labors and hopes. - Nikola Tesla, "Radio Power Will Revolutionize the World" in Modern Mechanics and Inventions (July 1934)

Even Albert Einstein, who turned Physics upside down with a few papers he wrote, did not do so in a vacuum.  He had help and collaboration.

Perhaps more importantly, he didn’t invent or discover special relativity by ignoring the science of the day.  He presented a new, more encompassing definition of how things worked, which included the known laws and theories while explaining how to solve some newer, previously unsolved mysteries in the process.

But what about this video I saw on YouTube?

We've seen quite a few free energy demonstration videos on YouTube.  What about those?  As far as we know, they are all hoaxes.  They aren’t able to make free energy machines to sell to people or industries, but they sure do rake in that ad revenue!

Don’t believe everything you read on the Internet. – Abraham Lincoln

If you really want to watch a video about free energy, this one on the popular YouTube channel Physics Girl is a good place to start.

But listen, I still think my idea might work!

Well, then, don’t take our word for it.  Don’t waste your time asking us how to do it; we don’t know how.  Buy some magnets and start experimenting!  Maybe it isn’t possible, but experimentation is the basis of good science.  Test your theory!  Science isn’t a book listing what is and isn’t possible.  It’s a process, where we keep testing and learning, with old ideas and new.

If you prove the idea possible, it would be truly unprecedented.  More likely, if your experiments show it still doesn’t work, a negative result is still something to learn from.

Also, start small.  Don’t assume you need huge magnets that are hard to handle.  Start on a smaller scale so you can experiment more easily and inexpensively.