We’re excited to announce the recent release of our first iPhone app, the KJ Pole ID.  We’ve previously described a few ways of identifying the poles of a magnet.  This app lets you correctly identify the poles of a magnet with an iPhone using its internal magnetic sensors. 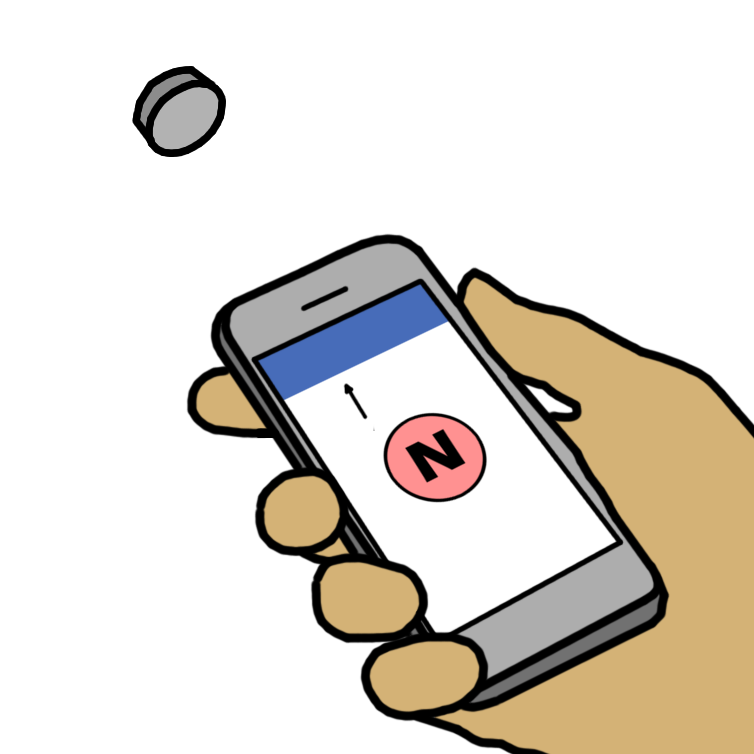 The main screen depicts an arrow showing where to place the magnet.  Starting from far away, slowly bring the magnet closer to the phone with the arrow pointing directly towards one face of the magnet.  When the magnet gets close enough for the phone’s internal sensor to “see” it, a NORTH or SOUTH indication will show.

Make sure the arrow is pointing directly towards the magnet.

iPhone X is off to the side… 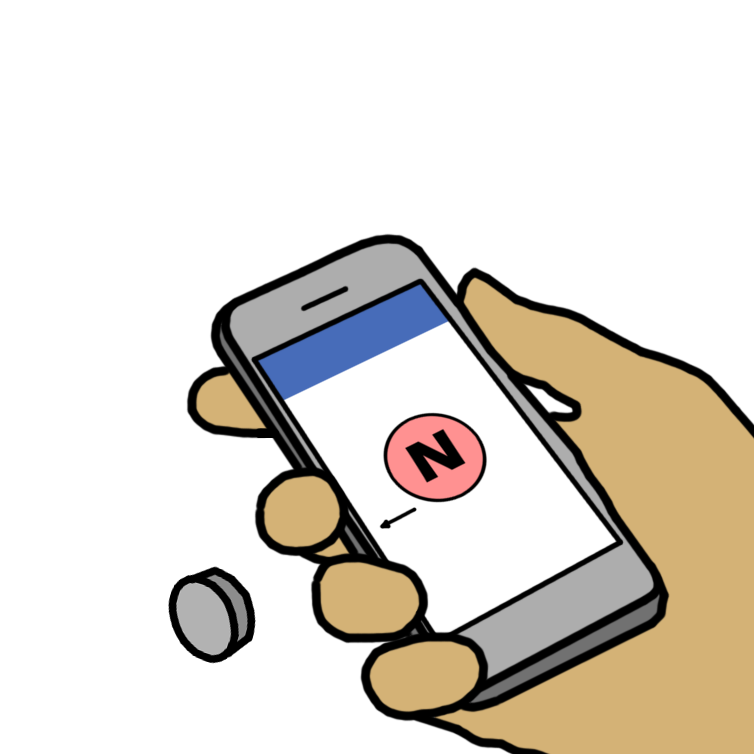 An iPhone measures the magnetic field with a very tiny chip embedded somewhere inside.  On most of the iPhones we tested, the internal magnetic sensor was located along the top of the phone.  The exact position varied with different iPhone models, but all were somewhere near the top of the phone.  The iPhone X is different.  Its sensor is on the left hand side, several inches down from the top.

To work well with smaller magnets, the KJ Pole ID app asks iPhone X users to place the magnet off to the left side of the phone with the one pole facing the side of the phone.  This avoids problems measuring small magnets, keeping them close to the sensor.

What devices does this app work on?

This app only works on iPhones, starting with the iPhone 5 and newer.  It's not tested and might not work on iPads and iPods, since some don’t have a sensor.  It is not currently available for Android.

How does it work?

The K&J Pole ID app reads magnetic field data from the phone’s internal magnetometer.  If a magnet is nearby, it will see that the magnetic field strength is way stronger than normal.  The earth’s magnetic field averages around half a gauss, while we’re typically measuring hundreds of gauss or more when identifying the poles.

When a strong field is detected, the app simply checks which direction the magnet is facing.  As long as you’re using a single magnet facing the arrow, it’s pretty good at figuring out which pole is facing the phone.

How much does it cost?

We answer pole-finding questions all the time.  It seemed silly that this task should be difficult when so many people already have a great magnetic sensor in their pocket.  Why not use the tools at hand?

Why do phones have a magnetic sensor, anyway?

Most smartphones have a magnetic sensor inside.  It is a 3-axis magnetometer, measuring the field strength in three different directions to get a complete picture of the magnetic field.  It senses both the strength and direction of the ambient magnetic field.

Why do phones need this?  It’s not like the free compass app is winning any popularity contests.  With GPS and turn-by-turn navigation, we're not often using a compass to navigate.

It’s all about detecting the phone’s orientation.  Many apps need to know what orientation the phone is in, from games to navigation apps.  GPS might inform your mapping app about where you are located, but it doesn’t say anything about which way you’re facing.  Knowing the direction of the magnetic field helps an app determine orientation.

Many apps use a combination of inputs to intelligently figure out which way the phone is oriented.  Accelerometers detect gravity’s direction and gyroscopic sensors sense rotation.  Using all these inputs together helps an app put together a smart estimate of the phone’s position, even when playing video games in the back of a moving car.

There’s also a barometer that senses air pressure in most smartphones, used mostly for correcting the GPS-based altitude measurement.

Sorry, we don’t currently have an Android app.

Why not?  For one thing, it’s twice as much work to make apps for both iOS and Android.  They are completely different operating systems and programming languages, so it’s double the work to add Android.  We can't just copy-paste.

What’s more challenging is the huge variety of devices that Android can run on.  Since the app needs to know the sensor’s position within the phone, that seemed a daunting task covering all the great devices that run Android.  With iOS, the number of different devices is more limited, since Apple only puts out so many iPhones.

Without knowing the sensor’s location, there are a number of scenarios where the pole could be incorrectly displayed.

Does this mean Android users are out of luck?  Not necessarily.  You can do what we did: read the sensor output directly.  There are many free apps that do this; we liked one by Sensor Kinetics.  It's available on both Google Play and the iOS App Store.  You can read the X/Y/Z data directly and puzzle out the answer yourself.

On any smartphone, you could also use the built-in compass app.  See our original Which Pole is North article for a description of how to use a physical compass to identify the poles of a magnet.