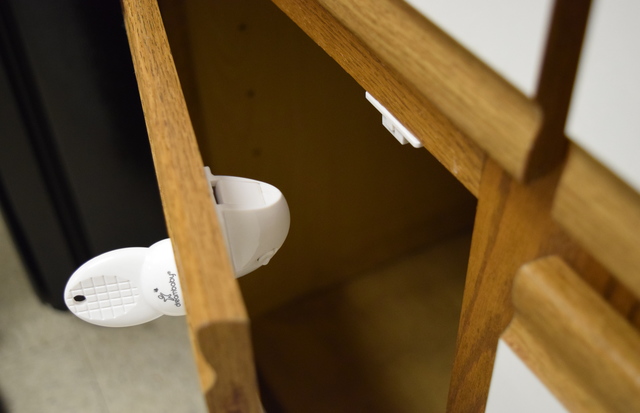 You can use magnets to make an invisible lock!

Magnetic locks are mechanisms that use magnets to lock or unlock something. You put the device inside of a drawer or cabinet door, then wave a magnet on the outside, and like magic, it opens. Very cool!

How do these devices work? Can I use some K&J magnets to unlock my magnetic lock? As is often the case with magnets, it depends. Let's take a closer look at two of these products. 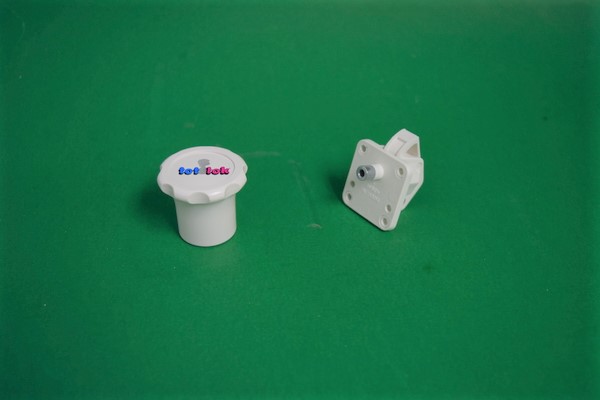 As you move the key towards the lock, the force between the standoff and the lock magnet shrinks, and eventually reverses.

The TotLok® is one popular brand of magnetic locking system.

To unlock it, a magnet is brought into close proximity to the steel piece. When you bring the magnet close enough to the steel standoff, the magnetic field from the key temporarily magnetizes it. If the magnet is strong enough, and oriented the correct way, the standoff will become magnetized in the opposite direction as the magnet in the lock, and actually repel the lock magnet away, or at the very least, weaken the attraction.

Once the standoff is temporarily magnetized, the weight of the magnet becomes greater than the attraction force and the magnet just falls away. This in turn causes the plastic piece to rotate downward, removing the obstruction and allowing the cabinet to open. When you remove the key, the attraction force between the standoff and the lock magnet returns, and rotates the plastic part back up.

We were really impressed with this design. It was much more interesting than we expected, combining a lot of different magnetic concepts. 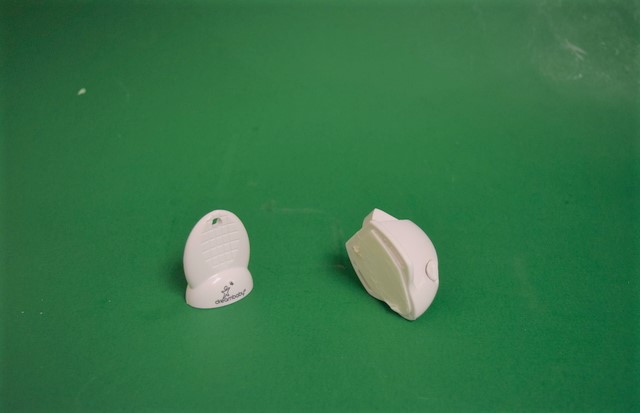 An animation showing how the MagLock® works.

The MagLock® is another lock we found at the hardware store. This one also has a plastic piece that rotates on a hinge, either blocking or allowing the cabinet door to open, depending on its position. Under the hood, it works a little differently than the TotLok®.

One thing you'll notice right away is that there's no steel standoff. The MagLock® has a flat surface with a peel off adhesive backing.

Inside the MagLock® there's a disc magnet (about the size of our D83) attached to that plastic piece; both are part of a four-bar linkage inside the lock. In the 'locked' position, a spring on one of the joints forces that plastic piece up. When you bring the key in close, the attraction force between the magnet and the key compresses the spring and moves the plastic locking piece out of the way. When you remove the magnet, the spring snaps back to its original position, locking it again.

Although not as magnetically interesting as #1, we liked this one for its simplicity and ease of installation. The adhesive back and lack of the steel standoff mean you don't have to drill a hole in your cabinet or drawer to install it.

Can I use a bigger magnet to unlock the lock from further away?

The key that comes with the TotLok® will unlock it at about 1/2" away. We tried a handful of different magnets to see if we could unlock it from a longer distance. Below you'll find a table of our results.

In testing, we found that a D88 magnet could unlock the device at about 1/2" distance, about the same as the key. If you lose your key, that magnet could make a good replacement.

The biggest magnet we tried was the DX8X8, which worked at over 2" away. We probably wouldn't recommend something that large for unlocking a magnetic lock. Strong magnets are difficult to handle safely... not a great feature for something you'd have to pick up and move around often.

The MagLock® was a little more sensitive, with the key working at over an inch away. All the magnets we tried with the TotLok® unlocked the MagLock® at a greater distance away. Because of the way the MagLock® is designed, we were able to use a steel bracket to unlock it too.

We also tried our XLTK thumbtacks, which worked on the MagLock® but not the TotLok®. Remember those thumbtack magnets are all assembled with the north pole facing out - they won't be able to trigger locks that require a south pole facing the lock. Although the thumbtacks look nice and are easy to handle, a regular magnet is probably a safer choice. If it doesn't work, you can always try flipping it around.

One funny thing we noticed is that both locks stayed unlocked for a bit even after we pulled the key back far away; i.e., the TotLok® key will unlock the device at 1/2" away, but once it was unlocked we had to pull it away to about 1" before it locked again.

What should I use for my own magnetic locking device?

The best magnet for your magnetic lock depends on your design. #1 is great if you want to use smaller (less expensive) magnets, but you have to drill a hole in your cabinet to get it to work, and the unlocking distance is smaller. #2 uses larger magnets, but it works across a larger distance and is easier to install.

You also don't have to restrict yourself to those designs. Next month we'll try our hand at building our own magnetic lock.