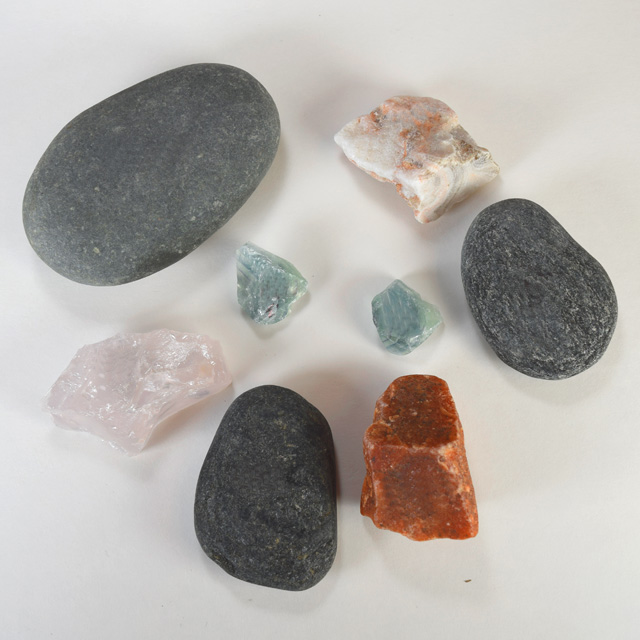 Decorative rocks and crystals can make for some nice decor...adding magnets to the backs of them - game changer! This month, we'll take a look at which magnets could be used to hold various rocks and crystals to a steel fridge door, while also revisiting what a magnet's lateral/sliding force is. 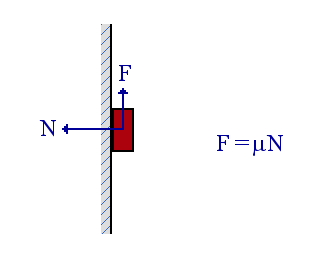 What does that mean? That means that if a magnet was attracting to something that was extremely slippery (very low coefficient of friction), it wouldn't take much force to slide the magnet along that object. In a vertical application, the weight of the magnet and gravity would probably be enough to cause the magnet to slide down.

The surface of a painted steel fridge door is pretty slick, it has a rather low coefficient of friction. This can make it tricky to figure out what strength you'll need. For example, our D82 has a listed pull force of 6.44 lb, but it only takes around 0.24 lb of force to slide it on a painted steel fridge...that's only about 4% of the pull force. This means if an object weighs 1 lb, the pull force of the magnet would need to be almost 25 lb to keep it from sliding on the fridge!

If we can increase the friction, we can use a lower strength magnet. One way to do that would be to use a thin rubber pad, like our BP6 or BP8, or even a piece of electrical tape. When we add a BP8 to a D82, it increases the sliding force to around 3.5 lb, nearly 15 times more than without the rubber pad! 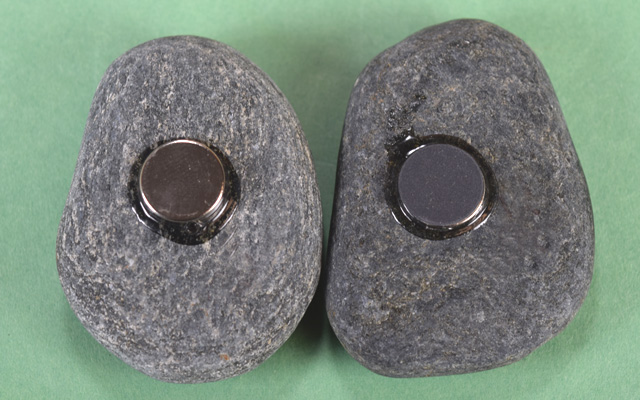 We have an assortment of rocks and crystals, all are different shapes and weights. Below are the results of our testing.

Do you want to hold several pieces of paper with the rocks? Then you might want to step up in size and strength. For example, if you have a 0.3 oz rock, instead of using a D41, maybe you'll use a D61 or D6H1 instead. When holding paper, you can forego the rubber bumper, as the paper adds friction. Plus, the bumper does decrease the pull force a bit.

Also, keep in mind that if the rock or crystal sticks out far from the surface, it would put some leverage on the magnet. We talk about this in our Leverage & Friction article. If you have something like this, you'll need a stronger magnet than mentioned above, or will need to test out different magnet positioning.

There are many other magnets that could work for this sort of thing, but these are some of our more common disc sizes. See our Fridge Magnet: Thin Discs for some other options.

Hopefully our testing helps you get some idea of which magnets could work for your specific application. We always encourage testing, what feels best to us might not feel the same for you. We have no minimum order, so it's a good idea to order a few different sizes and strengths!

What adhesive could work well between magnets and rocks or crystals? For this article, we used an adhesive called "E6000". We cleaned the rock and crystals with alcohol first to get any dust and debris off of them. We had good success with this! For a more in depth review, check out our Sticky Business - How to Glue Neodymium Magnets article.